CoinTrackers.com estimates the value of a 1975 S Lincoln Penny Proof in average condition to be worth 1 cent, while one in mint state could be valued around $5.00. - Last updated: September, 27 2022 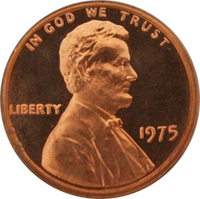 Notes: The coins listed above are proof Lincoln pennies.

The mint was still using copper as the primary ingredient in Lincoln Cents, and would continue to do so for another 6 years. 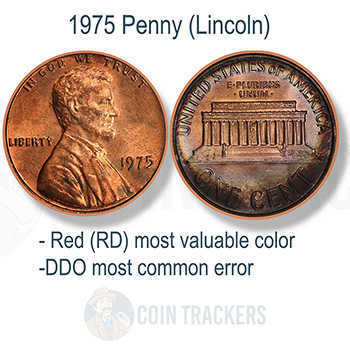 In terms of errors there are many to be aware of. 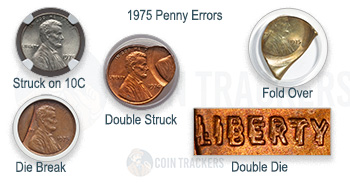 
1975 D and P minted double die strikes are plentiful. You can see by the image attached that Double Die strikes are most noticeable when looking at lettering. When the die strikes the coin again it creates a second copy of the coin usually slightly off center from the original die strike. 1975 d penny double die seem to be the main specimens found, but there are some from the P mint known to exist as well.


Struck on 10C or Dime Blank. Somehow type II planchets (ones with rims) 10c dimes, made it into the penny pile, and were struck by a 1975 die. The result is a silver looking penny. While they appear silver in color they are in fact just aluminum, as the mint ceased issuing silver dimes in 1965. There seem to be many of these floating around, and they are selling for between $200 and $600 dollars.


When the die breaks and cracks portions of it fall off, or the die crack leaves its mark on the coin. This is the case with 1C Lincoln Cents from 1975 as well. See image above for a better visual reference.


When a die strikes a planchet 2x, once on center and the coin is not fully ejected from the machine and then it is struck again by the automated minting process, the result is a double die off center strike.


These errors occur when the planchet is folded over on top of itself before being struck. 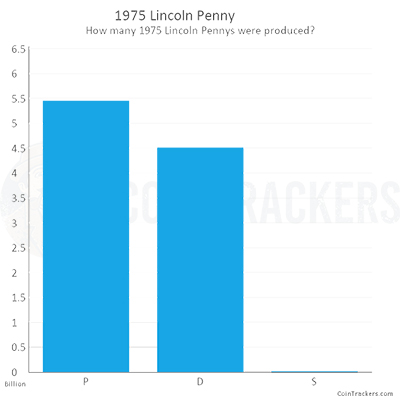 How much is a 1975 S Lincoln Penny Proof worth? 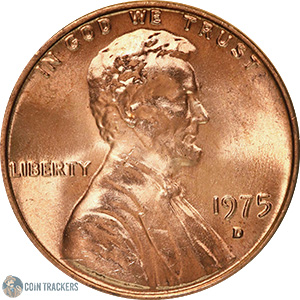 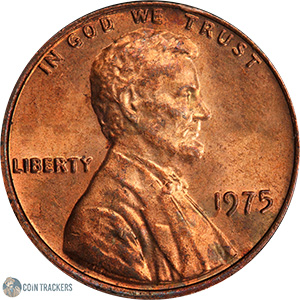