CoinTrackers.com estimates the value of a 2014 D Arches National Park in average condition to be worth 45 cents, while one in mint state could be valued around $2.50. - Last updated: January, 20 2023 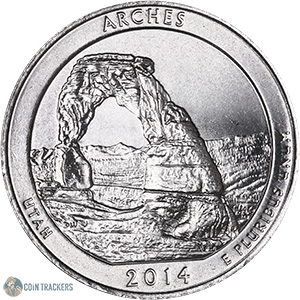 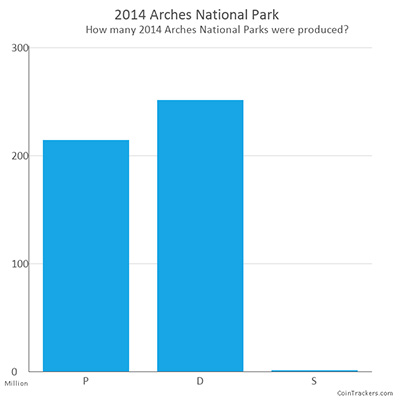 How much is a 2014 D Arches National Park Quarter worth?