CoinTrackers.com estimates the value of a 1967 Washington Quarter in average condition to be worth 80 cents, while one in mint state could be valued around $25.00. - Last updated: November, 01 2022 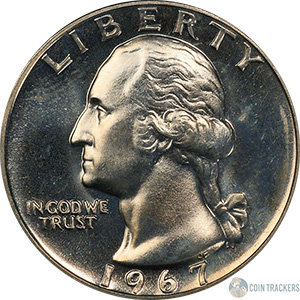 Notes: Based on age alone this coin is worth more to a collector than .25 face value. 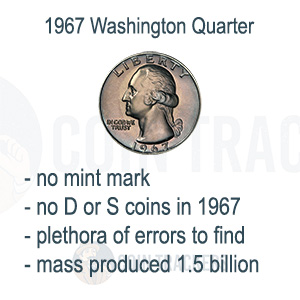 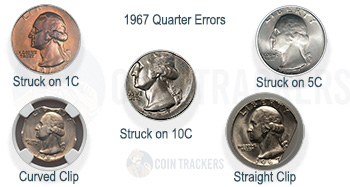 This error coin is easily distinguishable because of its reddish orange hue. A Type II planchet (planchet with rim), was struck with a 1967 Quarter Die resulting in a reddish quarter that is missing a small portion of the outer rim. The edge will also be smooth and not reeded.

This quarter is a little larger than a dime, has the same weight of 2.268 gram, and roughly the same diameter of a dime at just 17.91 mm. A large portion of the design will be missing as the quarter die has a larger diameter and not all of the image would have transferred.

Both curved and straight clipped errors are known to exist. The curve clip is thought to be created when the planchet is struck again by the machine that punches the planchets out from the larger sheet of metal.

The die strikes the type II planchet off center and leaves a small portion of clear smooth coin behind this is called an off center strike. Off center strikes can be as much as 90% off center occasionally, but are most often very minor at 10%-30%


Breakdown of pricing per condition for 1967 Quarter (No Mint Mark) as follows.


If you are a fan of coin roll hunting or just want to learn more about washington quarters then search or scroll below to find the most valuable and rarest in this series. 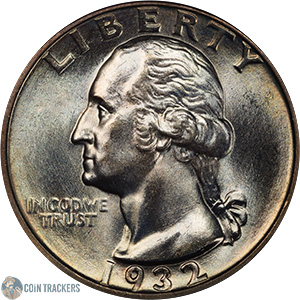 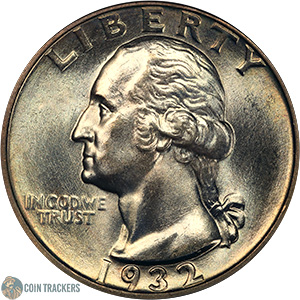 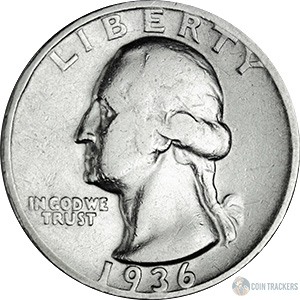 The most valuable Washington Quarter's. Prices listed are for MS-65 certified. Visit the link to learn more about each coin.

The rarest and hardest to find Washington Quarter's Check out each link to learn more about each coin.

What is the rarest Washington Quarter?