CoinTrackers.com estimates the value of a 1968 S Lincoln Penny in average condition to be worth 15 cents, while one in mint state could be valued around $25.00. - Last updated: October, 06 2022 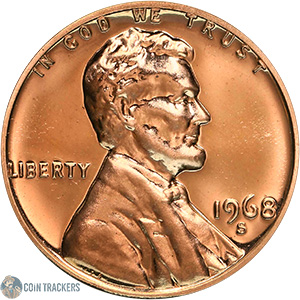 Use the visual guide below do decide your pennies color.

3.04 million proofs were issued here at the S mint in 1968. This was the first year since 1955 that the cent or penny was minted at all 3 mint main current mints...the p..d..s... This means that the total number of pennies minted per mint location dropped as they are now spread across 3 facilities. This is also the first year that the S mint handled the proofs.

In terms of errors 1968 has some unusual ones. Click the image to enlarge and see the diagram. Read below the image for more details on these errors. 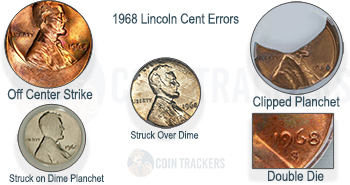 When a dime planchet is struck with a rim created it's now called a type II planchet. The example showed is of a type 2 dime planchet being struck by a 1968 Lincoln Cent die.

This one is slightly different from the error above. In this example a fully minted and created dime somehow made its way into the pile of penny planchets and was then struck a second time with a penny die.

The planchets are punched from metal sheets and then struck again a portion is cut away. This curved clip is known to error collectors as a clipped planchet error.

Double Die Obverse and or Double Die Reverse coins are fairly common. Look closely at the dates and the word liberty for strange edges. 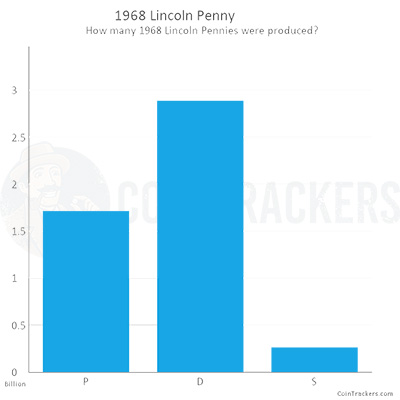 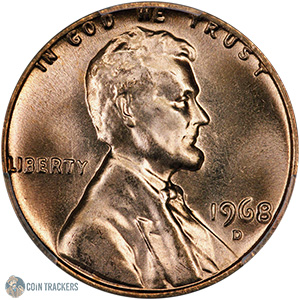 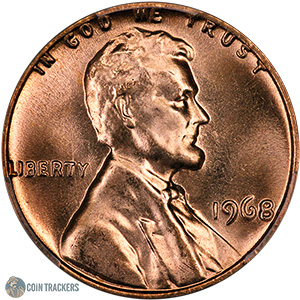