CoinTrackers.com estimates the value of a 2005 S Westward Journey Nickels Proof in average condition to be worth 5 cents, while one in mint state could be valued around $9.50. - Last updated: August, 25 2022

The 2005 S Nickel with a Buffalo on the reverse has been titled American Bison nickel by the United States Mint.

The reverse has the words E Pluribus Unum.

Details above are for the proof version of the 2005 San Fran minted Buffalo Nickel.

The cause of this error is a bit of a mystery but it has been suggested then the planchets are struck either too long or when planchet temperatures are raised forcing some of the copper from the copper core to rise to the surface and overtake the nickel coating. Whatever the case may be, the 2005 Buffalo Nickel has many examples of this error floating around, and they are worth around $100 certified.

When the planchets are repunched or restruck by the mechanism that cuts the circular planchets from the sheets of copper nickel, clipped planchet errors occur. Whenever a planchet is not fully ejected and on or under another planchet this can happen. Best described as a cookie cutter type error. A small crescent moon will be removed from the coin.

Similar to a struck through error, Die Gouge Errors occur when an object is drug through the coin at some point creating strange objects and disturbances on the coin surfaces.

Copper Wash Errors are similar to Improperly Annealed in that the subsurface copper rises to the coin surface. A copper wash is more dramatic in that the entire outer shell of the planchet appears to be coated in a thin layer (wash) of copper.

Speared Bison / Speared Buffalo errors are known to exist on the 2005 Nickel. They are not all the same visually but they all share the same characteristic. A long line (called a spear) appears to enter and exit the buffalo's body.


If you are a fan of coin roll hunting or just want to learn more about Westward Journey Nickelss then search or scroll below to find the most valuable and rarest in this series. 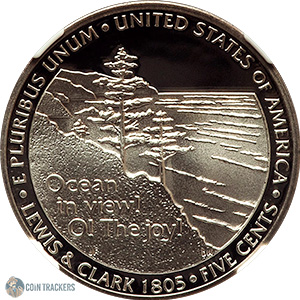 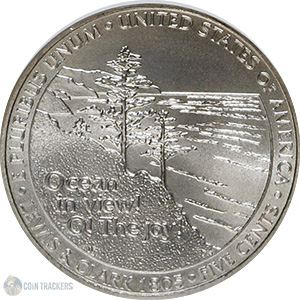 The most valuable Westward Journey Nickels's. Prices listed are for MS-65 certified. Visit the link to learn more about each coin.

The rarest and hardest to find Westward Journey Nickels's Check out each link to learn more about each coin.

What is the rarest Westward Journey Nickels?