CoinTrackers.com estimates the value of a 2015 S Saratoga New York Quarter Proof in average condition to be worth 75 cents, while one in mint state could be valued around $8.00. - Last updated: January, 20 2023

The 2015 S Proof Saratoga New York Quarter was the last America the Beautiful quarter to be issued that year. 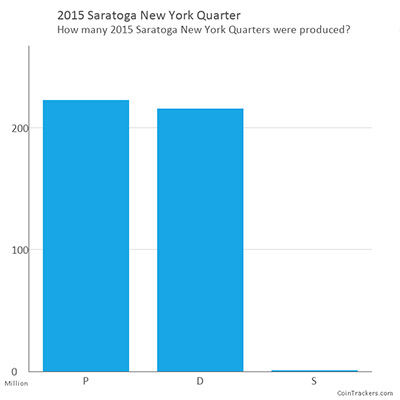 
If you are a fan of coin roll hunting or just want to learn more about Saratoga New York Quarters then search or scroll below to find the most valuable and rarest in this series.

The most valuable Saratoga New York Quarter's. Prices listed are for MS-65 certified. Visit the link to learn more about each coin.

The rarest and hardest to find Saratoga New York Quarter's Check out each link to learn more about each coin.

What is the rarest Saratoga New York Quarter?