CoinTrackers.com estimates the value of a 2012 P Chaco Culture Quarter in average condition to be worth 45 cents, while one in mint state could be valued around $2.50. - Last updated: September, 02 2022 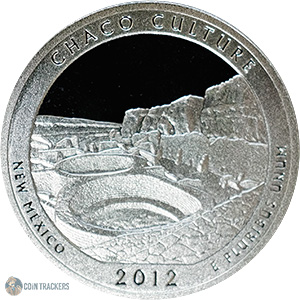 The 2012 P Chaco Culture Quarter is part of the America The Beautiful Quarter quarter program. Chaco Culture National Historical Park is located in New Mexico and contains many ancient structures that were built between 900 AD and 1150 AD. These structures were built by the indigienous Pueblo Indians, and were aligned to the summer and winter solstice. Chaco Culture National Historical Park contains and protects more than 33 thousand acres, and many locations have been designated as World Heritage Sites. 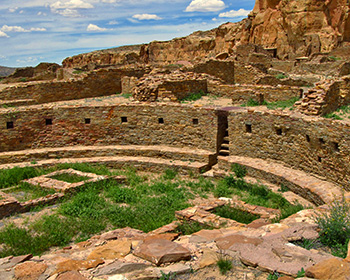 
The 2012 Chaco Culture Quarter has been released in many forms, and from many mints. The P minted general circulation version is a non silver, and non proof version of the coin. There was also a D (Denver) minted circulation version, and a circulation issued S (San Francisco) minted coin. On top of these there were also special issued S Proof versions, S Silver Proof Versions, and a P 5 oz .999 pure silver bullion coin geared more towards precious metal enthusiasts.

How much is a 2012 P Chaco Culture Quarter worth?