The 99.9% Silver 5oz 2012 S Chaco Culture Quarter is part of the America The Beautiful Quarter quarter program. Chaco Culture National Historical Park is located in New Mexico and contains many ancient structures that were built between 900 AD and 1150 AD. These structures were built by the indigenous Pueblo Indians, and were aligned to the summer and winter solstice. Chaco Culture National Historical Park contains and protects more than 33 thousand acres, and many locations have been designated as World Heritage Sites. 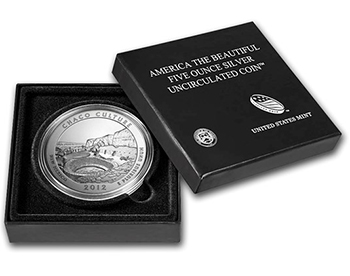 The 2012 S Sliver 5oz bullion Chaco Culture Quarter has been released in many forms, and from many mints. The P minted general circulation version is a non silver, and non proof version of the coin. There was also a D (Denver) minted circulation version, and a circulation issued S (San Francisco) minted coin. On top of these there were also special issued S Proof versions, S Silver Proof Versions, and a P 5 oz .999 pure silver bullion coin geared more towards precious metal enthusiasts.


There are 6 additional variations of this Puerto Rico NP quarter. The Philadelphia mint is credited with issuing both a standard issue circulation coin of which the stats above are for, and additionally a 5oz 99.9% pure silver bullion coin. 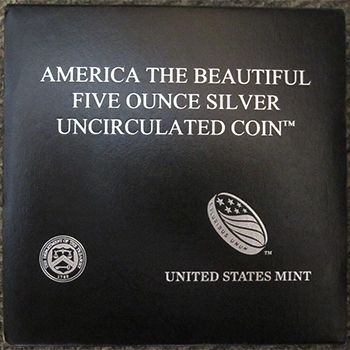 Yes! Chaco Culture Quarter's produced in 2012 are 99% silver to be precise, and contain 5 troy oz or 155.5 grams in total of .999 pure silver. Silver weight is measured in troy ounces. Troy ounces weigh about 2 grams more than the standard ounce. CoinTrackers has built a tool that will let you know if your coin is silver or not. The tool is called Is My Coin Silver?.

This coin in poor condition is worth $17.95 less than the intrinsic value from silver content of $117.95, this coin is thus more valuable to a silver bug than to a coin collector. You will most likely find however that it is hard to get a coin for less than spot price. At least that has been our experience. Want more info? Then read Coin Collecting Investment an article that details the benifits of coin collecting as a way to build wealth..