CoinTrackers.com estimates the value of a 1968 S Kennedy Half Dollar in average condition to be worth $1, while one in mint state could be valued around $26.00. - Last updated: October, 12 2022 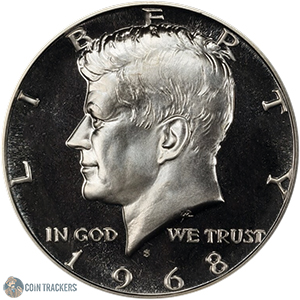 Notes: 1968 coins are 40% silver proofs. The San Francisco (S) mint made some 3 million proofs for collectors. 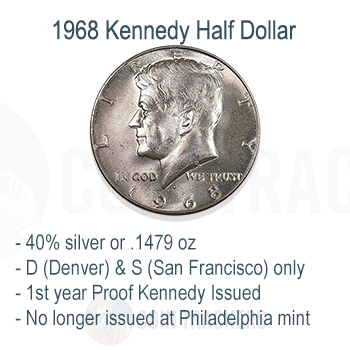 
1968 was the first year that official proofs and not special mint sets were issued. They were only issued at the San Francisco mint, and were finely polished to a mirror like surface. Philadelphia would cease to produce JFK halves, and the standard production of these coins would be moved to the Denver mint instead. 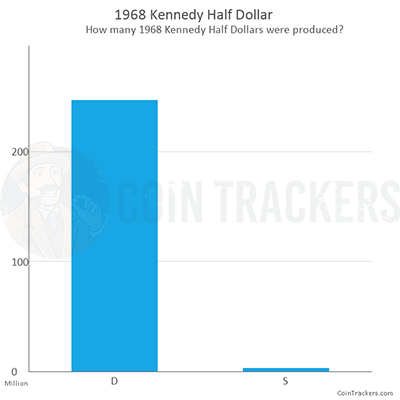 How much is a 1968 S Kennedy Half Dollar worth? 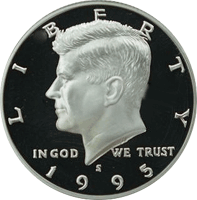 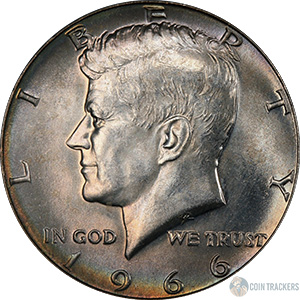 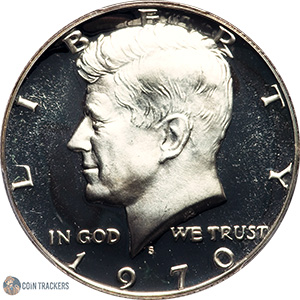 Are 1968 S Kennedy Half Dollars Silver?

Yes! Kennedy Half Dollar's produced in 1968 are 40% silver to be precise, and contain .1479 troy oz or 4.600 grams in total of .999 pure silver. Silver weight is measured in troy ounces. Troy ounces weigh about 2 grams more than the standard ounce. CoinTrackers has built a tool that will let you know if your coin is silver or not. The tool is called Is My Coin Silver?.

This coin in poor condition is worth $2.28 less than the intrinsic value from silver content of $3.28, this coin is thus more valuable to a silver bug than to a coin collector. You will most likely find however that it is hard to get a coin for less than spot price. At least that has been our experience. Want more info? Then read Coin Collecting Investment an article that details the benifits of coin collecting as a way to build wealth..